MUGEN Database
Register
Don't have an account?
Sign In
in: Articles that need updating, Articles with incomplete sections, Characters with unspecified knockdowns,
and 12 more

Birdie is a character from the Street Fighter series. A street punk, Birdie entered the first World Warrior tournament. After that, he decided to join Shadaloo, but he eventually gets bored with his job and decides to overthrow M. Bison.

In M.U.G.E.N, Birdie has been made by various creators.

Birdie is a 6-button character. His moveset consists of the use of his chain to grapple and throw his enemies and punches and kicks. He is slow moving character but can inflict a high amount of damage and his A.I will often make use of the various grapples and throws with his chain.

Jin Kazama's Birdie fights similarly to how he fought in Street Fighter Alpha 3 without the grooves. The style of play mostly resembles Aism (or Zism in Japan) because the amount of Power bars the Hyper moves take up is determined by the button pressed (example: [

= lvl 1 The Birdie). It also has EX moves, a trait more common to Street Fighter 3 or Darkstalkers. It also has Marvel vs. Capcom/Darkstalkers style chaining, so it's a mix.

ShinZankuro & Gknux9's version is based from Vs. Style Debuts, a project by ShinZankuro and Gknux9. This Birdie is closer to a Vs. Style concept, with aerial rave, combos, updated movesets, Advancing Guard, Hyper FX, CPS2 Vs style sparksets, etc. His

move is a corner infinite because it can only be blocked while ducking, and thus cannot be air blocked. 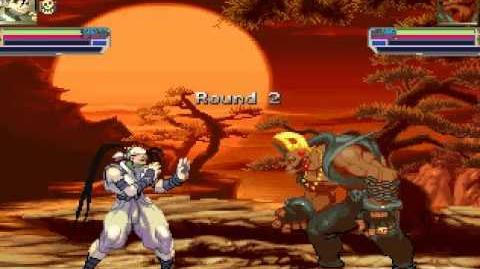 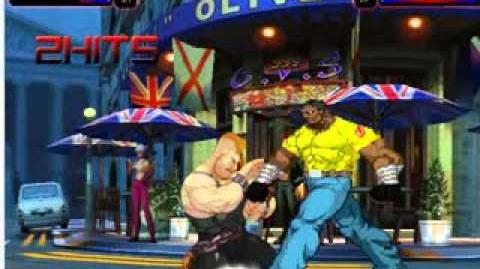 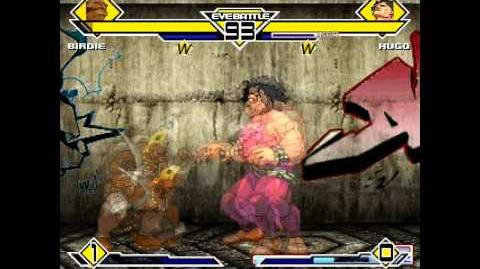