The Dopefish is a buck toothed green fish originating from Commander Keen: The Secret of the Oracle, a famous platformer game created by Apogee Software/3D Realms. His popularity mostly stems from his appearance as a reoccurring Easter egg in various video games such as Quake, Portal and others.

In M.U.G.E.N, Dopefish has been created by The_None under the alias of Nothing'79.

Most of its attacks consist of some form of biting the opponent. Different speeds of bites do different damage, with the slowest bite, if completed successful, automatically killing the opponent. All of its attacks can be cancelled by the opponent in mid-bite, resulting in the Dopefish being stunned. The Dopefish's supers consist of cameos from the Demented Cartoon Movie, including the Zeeky H. Bomb and Kamikaze Watermelon. The Dopefish will often belch as an introduction, as a taunt, as a victory pose, as a death cry, as well as after eating the opponent. Slippery water-like controls and slow attacks make controlling the Dopefish difficult, but his one-hit K.O. move can turn the match around. He also has an arcade intro.

M.U.G.E.N. Special All You Can Get Eaten Buffet 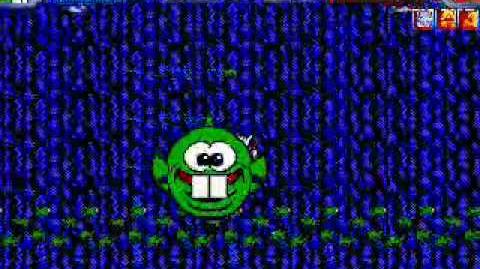 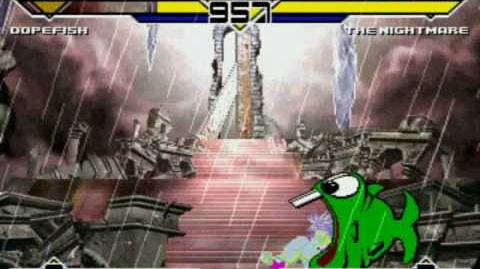 Dopefish vs Broly
Add a photo to this gallery
Retrieved from "https://mugen.fandom.com/wiki/Dopefish?oldid=375308"
Community content is available under CC-BY-SA unless otherwise noted.