Finn (also known as Finn the Human and formerly Pen in the original short) is the main protagonist of the Adventure Time series.

Finn is a 15-year-old human with very thin, noodly limbs. He has several missing teeth because he bites trees and rocks among other things, and he has hidden blond hair under his hat. He's best friends with Jake and enemies with Ice King. He also has an incredible "love interest" on Princess Bubblegum.

It was also told that his origin started in an abandoned forest, making a "Boom Boom" on a leaf and fell on it crying. Jake's Parents, Joshua and Margaret rescued him along the woods and was brought into their home. Eventually, Finn learns about his real parents.

In M.U.G.E.N, Finn has been made by various creators with two currently being made in the process. He also appears as a striker of Placemario's Jake the Dog.

Finn is a 6-button character with an A.I. Jake the Dog that stays behind him the whole time and attacks at his command. The Mathematical Laser usually misses the opponent. The A.I. tends to use Gauntlet Punch at times.

For any additional palettes besides the above, see Alternative palettes. 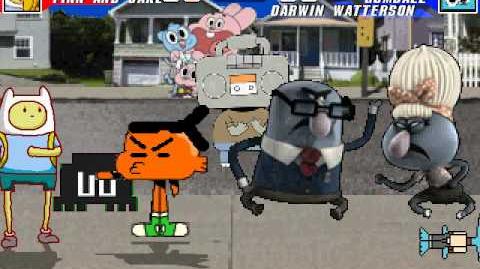 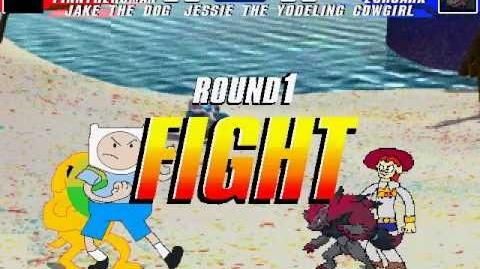 PM MUGEN Finn the human(me) and Jake the dog(me) vs. zoroark and Jessie 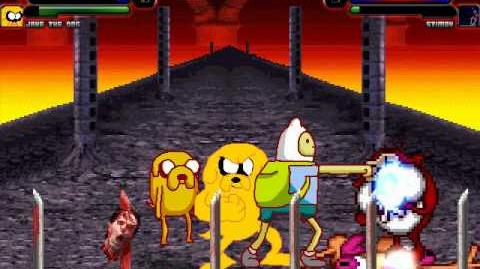 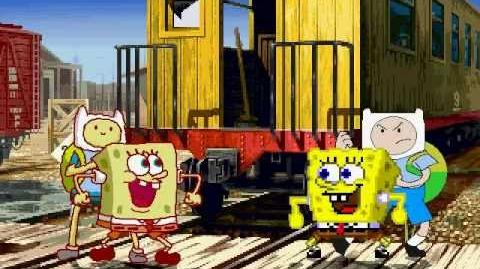 PM MUGEN Do I really can not compare them!?
Add a photo to this gallery
Retrieved from "https://mugen.fandom.com/wiki/Finn_the_Human?oldid=383494"
Community content is available under CC-BY-SA unless otherwise noted.