The Fire Quacker is a boss from DuckTales 2, appearing in the Niagara Falls level of the game.

Fire Quacker (as its name would suggest) is a duck completely made out of fire. Ironically located at the end of Niagara Falls, Fire Quacker is the only thing standing between Scrooge McDuck and the Crystal Flower, worth $1,000,000. Being made out of fire, it attacks Scrooge by throwing fireballs or ramming into him.

In M.U.G.E.N, Fire Quacker has been made by Balthazar & KoopaKoot, with its A.I. programming coded by Infinite. Balthazar created the sprites, while KoopaKoot handled the coding aspect of the character. As it does in the source game, FireQuacker attacks by throwing fireballs and ramming into the opponent, though its attacks have been significantly worked upon, meaning it has a larger variety of attacks than it did in DuckTales 2.

Intended to be a boss character, Fire Quacker deals heavy damage instead of large combos. It is a 3-button character, using only the Ⓧ

buttons for attacking. While it doesn't have a large array of moves, there is a lot of variety in them (aside from them mostly being fire-based, of course).

As a boss, Fire Quacker has access to Super Armor, though unlike regular Super Armor that allows the user to ignore oncoming hitstun and attack uninterrupted, Fire Quacker's Super Armor causes it to be pushed back a set amount when hit, but allows it to evade or counter when a button is pressed. 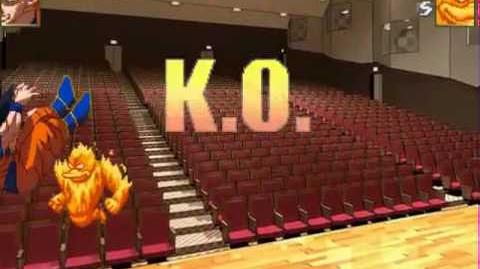 FireQuacker RELEASED! FireQuacker AI showcase
Add a photo to this gallery
Retrieved from "https://mugen.fandom.com/wiki/Fire_Quacker?oldid=334418"
Community content is available under CC-BY-SA unless otherwise noted.