Gohan is a character from Dragon Ball Z and is the eldest son of Goku and Chi-Chi, as well as Videl's husband and the older brother of Goten.

Initially introduced as a child and the first human/saiyan hybrid, Gohan was named in memory of Goku's adoptive grandfather Gohan, who was unknowingly killed by Goku as a child during his rampage in his Great Ape form. After Goku sacrifices himself to defeat his brother Raditz, Piccolo takes Gohan under his wing and trains him to become a fighter. As the series progresses and Gohan begins to mature over the years, Gohan begins to possess promising potential, as evidenced when he becomes to first person to achieve Super Saiyan 2 and defeats Cell as a teenager. Although Gohan possesses his father's kind and gentle heart, he is often held back by both his comparative lack of fighting spirit and past trauma of witnessing fights as a child; however, once Gohan does become engaged in a fight, he will often become overly cocky in the heat of battle, leading him to drop his guard at the most crucial times.

In M.U.G.E.N, Gohan has been made by various creators in both his teen and adult forms.

While it may use sprites from Dragon Ball Z: Super Butouden 2, it opts for a different and somewhat limited gameplay to that from said game. With two single-button Specials, two simple Hypers and no comboability, not even being a Super Saiyan 2 will save this little half-Saiyan.

Based off Gohan's Super Saiyan 2 form, it opts for CHOUJIN's usual character style. Gohan's relatively small body lacks range, but it makes up for that with many unique and useful moves.

Miaoyu's first attempt at a character comes as a CHOUJIN styled iteration of the Son family's first born child. It comes equipped with many tricks from the source material to make it as annoying as possible to fight. 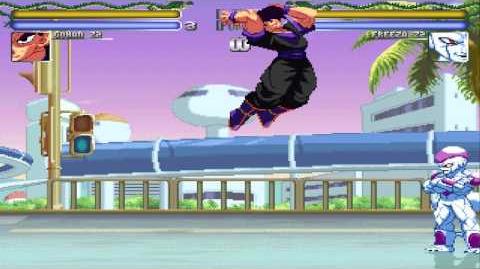