MUGEN Database
Register
Don't have an account?
Sign In
in: Articles with undocumented versions, Characters, Video Game Characters,
and 16 more

Ken Masters is a friend and rival of Ryu, both being disciples of Gouken. Ken became rich after winning various fighting tournaments in USA, eventually marrying with Eliza Masters (Guile's sister) and having a son. He later decides to teach martial arts to his son, also becoming a teacher to Sean Matsuda, who is his son's closest friend.

In M.U.G.E.N, Ken Masters has been made by various authors.

A nearly direct port of Ken from Street Fighter III: Third Strike, it uses the classic six-button layout. Everything from the game's parry feature to the Art selection has been implemented with this character for use in M.U.G.E.N.

A unique version of Ken. It may be a rather accurate port of Ken from X-Men vs. Street Fighter (with some minor but noticeable alterations according to the creator's personal preference), but there is also a source accurate mode towards Marvel Super Heroes vs. Street Fighter if a special command is used in the midst of battle.

While most of DarkCipherLucius' characters are suited for casual or inexperienced players, the combo happy nature of his Ken will rip into said players. It is mostly based off Marvel vs. Capcom 2, but with some tricks of the trade implemented.

Heavily based off Marvel vs. Capcom 2, this version of Ken takes some liberties from the source, including having six Basic Attack buttons rather than four, as well as having a new Hyper. Overall, it still manages to encapsulate Ken's speedy gameplay.

Although a four buttoned take on the American with the flaming uppercut, this version is based on the original Street Fighter. While he may not have much comboability with that being his basis, alongside weakened specials for balance, new Hypers that were not present in the original game may pack a punch. 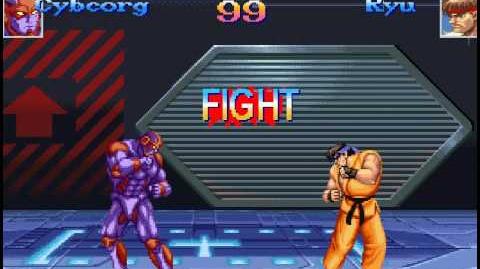 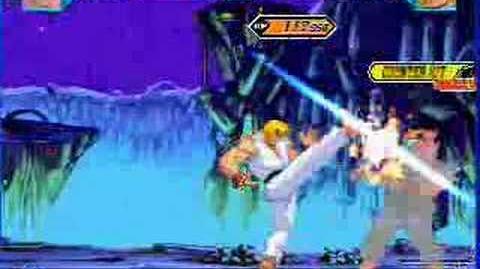