Mute City is a reoccurring area in Nintendo's F-Zero franchise, having appeared in every game of the series except F-Zero: Maximum Velocity for the Game Boy Advance, as well as making an appearance in Super Smash Bros. Melee and Super Smash Bros. for Nintendo 3DS as two different stages, and Mario Kart 8 as the final course of the Egg Cup. Mute City is a heavily populated city, housing over one billion residents, and is regarded as the most advanced and sophisticated city in the universe; it is also the most famous location on the F-Zero Grand Prix, making it a very popular place to be.

In M.U.G.E.N, Mute City has been made by SamusAran78, HeeJun184 and EXShadow, with the latter having made two separate versions; all four versions are based on existing Mute City courses and also appear to represent the first Mute City courses that appear in their respective source games, with Samus1978's and HeeJun184's versions being from the original F-Zero, EXShadow's first version being from F-Zero X and EXShadow's second version being from F-Zero Climax.

Dating back to 2001, SamusAran78's Mute City proves to be the oldest version available and is based on Mute City as it appears in the original F-Zero, seemingly using graphical assets from said game. The combatants fight on a race track high above Mute City with the Blue Falcon, Wild Goose, Golden Fox, Fire Stingray and four unnamed machines racing by, though it is rather evident that the track itself is invisible, instead showing the debug background colour and part of the city that would otherwise be hidden underneath the track, and coming about as a result of an error regarding the track graphic's palette, resulting in nothing but pure black and thus being seen as complete transparency by M.U.G.E.N; the track actually features parallax, though this goes unseen due to the aforementioned invisibility of the track. The stage is fairly large in terms of width, granting combatants plenty of room to move around, though the stage is still high enough for the camera to follow Super Jumps to an optimal height, though some characters may go slightly off-screen. 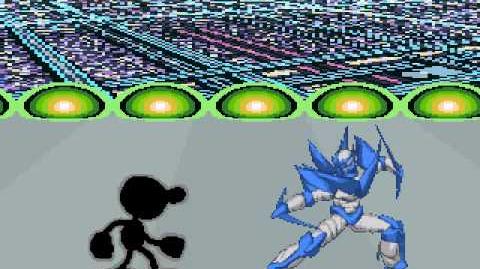 Mr. Game & Watch VS Dragon Claw
Add a photo to this gallery

HeeJun184's version of Mute City is taken directly from the original F-Zero, much like his Big Blue stage, using graphical assets from said game and having combatants fight on a stretch of road from Mute City I, the first course of the Knight League. Featuring only two graphical elements, the stage notably lacks any form of animation, though moving the camera left and right shows use of deltas to denote that the city is much further in the distance than the track. The stage is somewhat small in terms of size, featuring close horizontal boundaries and minimal vertical camera movement, with characters that are able to air jump going mostly off-screen.

Based on the Mute City from F-Zero X, this version makes use of graphical assets ripped from an F-Zero X ROM via Project64.[1] The stage is set near the start/finish line of one of the Mute City courses (presumably Mute City: Figure Eight, the first course of the Joker Cup), featuring pulsating 'GO' lights and energy strips, as well as the Blue Falcon and the Golden Fox parked on either side of the stage in the foreground, gently floating up and down; as a means of preventing the two F-Zero machines from becoming obstructions, they become semi-transparent whenever a character walks behind them. The stage is reasonably wide and features enough height for Super Jumps to be used without characters going out of view. 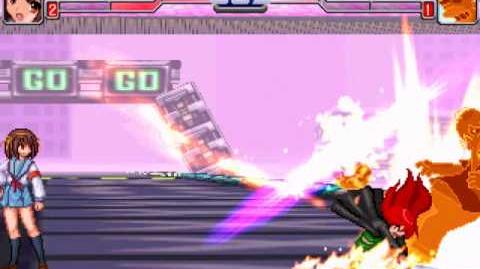 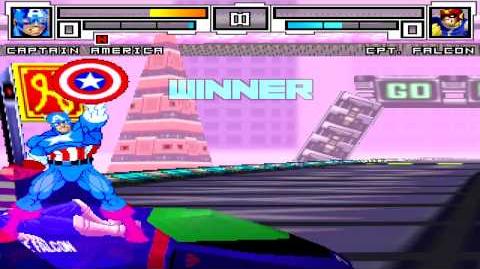 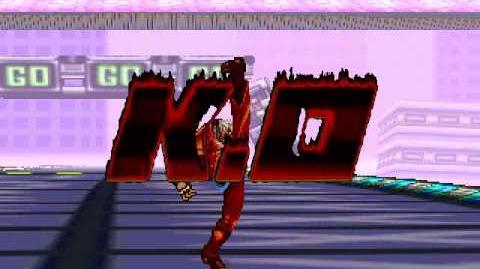 NJI Mugen Kuando's Initiation
Add a photo to this gallery

EXShadow's second version is based on the Mute City from F-Zero Climax, primarily featuring graphical assets from said game, while also making use of the F-Zero machine models from F-Zero X. The combatants fight on a straight section of one of the Mute City courses, complete with energy strips and a clear view of the city below, while the Red Gazelle, the Blue Falcon, the Golden Fox, the White Cat, the Wild Goose, the Iron Tiger and the Deep Claw race past; the city itself is coded so that it appears identical to the Mode 7 graphics of the original F-Zero (and by extension, F-Zero Climax). Despite the low zoffset situating the characters around the middle of the screen's height, the camera still follows a character's Super Jump without them going off-screen due to how tall the stage is, though the camera will shift from even the slightest vertical movement as a result. 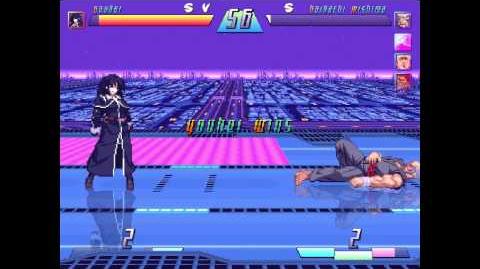 MUGEN Youhei (me) vs. Villains 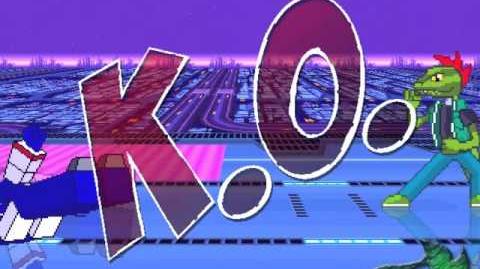 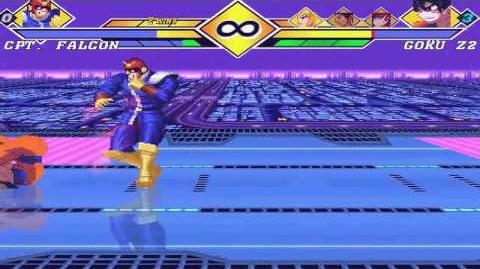 Retrieved from "https://mugen.fandom.com/wiki/Mute_City?oldid=367111"
Community content is available under CC-BY-SA unless otherwise noted.