Peketo is one of the main characters from The Black Heart. He is the ghost of an insane child who is obsessed with the color red.

When he was alive, Peketo secretly learned about occult arts by spying on his father. One day, Peketo accidentally opened a portal to the other world and was amazed by all the beautiful red he saw and by the power of the king, which could be felt far away. The portal closed and he was brought back to earth in disappointment. Obsessed of what he saw, Peketo started killing people just to see the red of their blood, which was the only red similar to the one of the other world. He killed his father and many more people before being captured, and then finally was murdered as a vengeance by one of the victim's relatives. Eventually, he was resurrected as a strange ghost through the many pacts he made while practicing occultism. Now as a ghost he is able to travel freely to the other world in order to seek out for the kings heart in Final's possession and claim that wonderful power as his own.

In M.U.G.E.N, Peketo has been made by Andrés Borghi., and edited has been edited by two creators.

Peketo's gameplay style is heavily based on murderous action and using his scalpel. He has the ability to teleport himself around the map and use this with his knife to perform unique combos. His killer move involves removing his head and then throwing it at the stage, the head will them continue to bounce around the stage until the power bar goes empty or until the command is canceled. While in this mode, Peketo's body is still able to do his normal attacks but can not do his other moves. 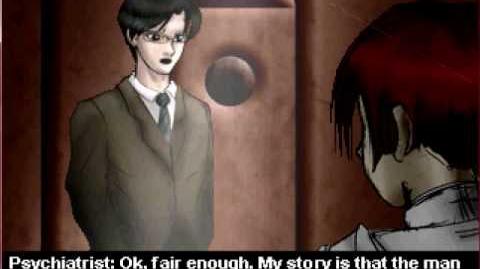 The Black Heart Peketo Story Part 1 3
Add a photo to this gallery
Retrieved from "https://mugen.fandom.com/wiki/Peketo?oldid=377554"
Community content is available under CC-BY-SA unless otherwise noted.