Scyther is one of the more frail characters in the Project Catch 'Em All roster, but is also one of the strongest. Scyther's trick is that it can use Agility to make the ATB far fill up quicker for two attacks, allowing it to pull off even its more powerful moves quickly. Scyther is a Bug-type Pokémon, meaning it's effective against Grass-, Psychic- and Dark-type Pokémon, but not so effective against the Fire-, Flying and Rock-type members of the cast. 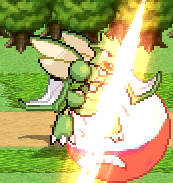 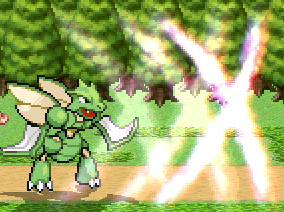 Add a photo to this gallery
Retrieved from "https://mugen.fandom.com/wiki/Project_Catch_%27Em_All/Scyther?oldid=247032"
Community content is available under CC-BY-SA unless otherwise noted.