Ronald McDonald (also known as Donald McDonald in Japan), is a clown character used as the primary mascot of the world-wide McDonald's fast-food restaurant chain. He first appeared in the early 1960s with a different design, which was featured in three commercials, before his design was changed to what he is today.

In M.U.G.E.N, Ronald has first been made by kishio, with various creators later creating their own versions of Ronald using kishio's sprites, many of which are edits made with the intention of creating cheap and/or overpowered characters.

One of the most well-known M.U.G.E.N characters, Donald doesn't really need an introduction. This Ronald is both the original and arguably the most famous version of them all. He has a four-button gameplay with immense comboability and an infamously brutal A.I. There have been many edits to this character, changing up or improving Donald's gameplay, or just making the character downright cheap.

This version of Ronald sets to be different by using sprites from McDonald's Treasure Land Adventure and blaring an "8-bit" remix of U.N. Owen Was Her? during the match. As expected to one who knows enough about how Ronald himself is used in the community, he is rather cheap, using fullscreen throws and surprising strikers from Kaiser Knuckle and Hokuto no Ken to his advantage. 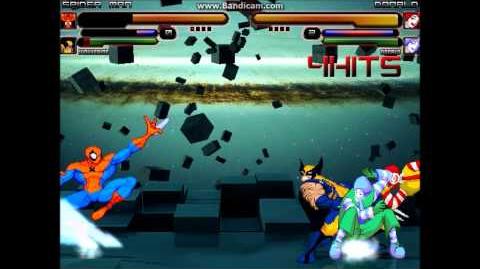 M.U.G.E.N Send in the Clowns