Street Fighter: Special Operations (commonly known as Spec Ops) is a project that depicts an alternate universe of "Street Fighter", which has edited several characters and some original characters, a plot full of cyborgs and high technology.

It is the oldest project in the history of Mugen which is still ongoing, having been created in 2002 by Ethan Lives and O Ilusionista being influenced by the launch in the same year the character "Mb-02", which was originally created by O Ilusionista and SodonHID, an early member of Brazil Mugen Team, now retired from MUGEN. MB-02 became known as one of the characters most difficult and cheap to be defeated, which entered its creators on the world stage.  The character was created to be cheap on purpose, and its AI created by O Ilusionista. The AI difficult to defeat became the trademark of its creator.

Several setbacks have caused what the project dragged on for more than a decade, since it is almost entirely programmed and edited by its two authors only. Ethan Lives is a very reserved person and their unique creations were the characters in the Spec Ops, which has always been his main focus. O Ilusionista has always had various side projects (and some personal problems), which always ended up leaving the project in the background.

According to the authors, the project will be released someday, but without a definite date. It can also occur in the project as a complete set, will never be released, although their latest character releases were in 2016, closing a 3-year-long absence of the project.

Some information on the history of the project:

Spec Ops Code K
Add a photo to this gallery 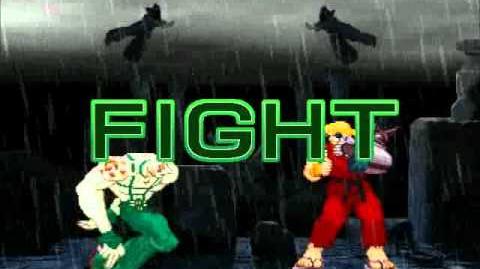 Spec Ops Trailer
Add a photo to this gallery

Retrieved from "https://mugen.fandom.com/wiki/Spec_Ops?oldid=379795"
Community content is available under CC-BY-SA unless otherwise noted.