SpongeBob SquarePants is the main protagonist and the eponymous character of the Nickelodeon animated comedy of the same name.

SpongeBob is a childish, eccentric sea sponge who lives in a pineapple in the underwater city of Bikini Bottom. He works as a fry cook at the Krusty Krab, a job which he is exceptionally skilled at. SpongeBob lacks a lot of knowledge and is a constant annoyance to those around him (especially Squidward Tentacles), but he is very good natured (or at least he tries to be). He appears in all of the episodes in the series. He is also a star of many YouTube Poops.

In M.U.G.E.N, Spongebob has been made by various authors.

With custom sprites and a familiar magenta outline, it's pretty obvious who made this character -- actually, it was one of his first. There's a noticeable hint of Marvel vs. Capcom in this character, but unlike many others, it doesn't use that infamous template. 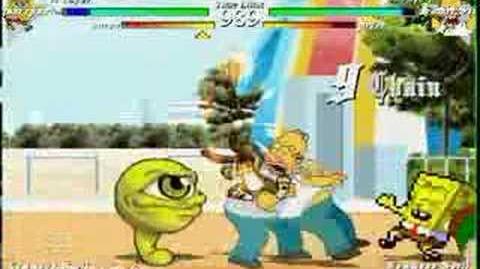 PM MUGEN Spongebob the Sponge New AI and other updates 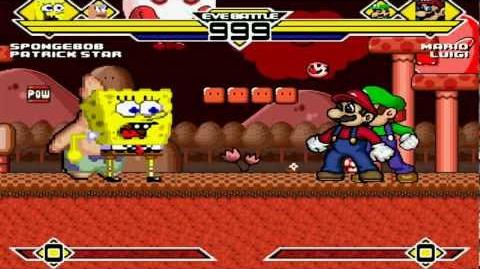