Touhou: Gensokyo Reloaded (commonly known as simply THRP or THGR) is a Touhou Project-themed full game created using the I.K.E.M.E.N engine. It is the first game in the THRP series, first released in 2015.

Touhou: Gensokyo Reloaded is a massive update to Touhou RP Extended, which originally began as a compilation created by Traweezie consisting of RicePigeon's Touhou characters, both new and old, until the roster was ultimately narrowed down to only be comprised of RicePigeon's recent character releases. The game supports online play through I.K.E.M.E.N. Unlike the former Touhou RP Extended, in which RicePigeon did not actively take part in the game's updates, RicePigeon actively takes part in updates for Gensokyo Reloaded.

Touhou: Gensokyo Reloaded does not have any particular or defined storyline, instead focusing more on a "Dream Match" themed-game, akin to games such as The King of Fighters '98 in where there is little to no storyline, where characters from previous games, including those deceased in canon, return to the roster.

Based on victory quote dialogues, however, it is implied that the game takes place some time after the canonical events of Touhou Project, as many references to official games are made; the game also appears to take inspiration from the events of Touhou Rekkaden ~ Rift in a Friendship Game, with the inclusion of the fan-made character Lie Meiling to the roster; her dialogue implies that she has arrived from a future version of Gensokyo to cause an incident with the intention of provoking a fight with Yukari Yakumo.

All characters follow a simple cancelling method for attacks:

In the case of Normals, there are two types of chaining:

. For reference, here are the characters by Chain type:

Certain characters may have character-specific exceptions to the chaining & cancelling rules. Hong Meiling, for instance, can cancel her

, which no other character can do.

All attacks apply a proration value, which reduces the damage of the next attack in a combo by a scalar amount. All attacks, whether they be Normals, Specials, and Spell Cards have their own minimum proration values that they cannot go below. These differ by character, but are generally around 10% minimum scale. Cancelling any attack into a Spell Card or Last Word will automatically apply a 92.5% proration during the attack's startup.

Last Words always have a minimum proration value of 100%, meaning they are unaffected by damage proration, though they still apply their own proration multipliers to the global proration value after the attack has ended.

There are rare exceptions to the aforementioned blocking rules, such as Reisen's Undersense Break being a grounded melee attack that can be blocked while airborne, and Komachi's "Scythe of Final Judgement" being a projectile which cannot be blocked while crouching. Certain characters have multihit aerials with altered blocking restrictions for the interests of balance, with Cirno's and Yuyuko's

aerials having no restrictions at all, and Reimu's Ⓨ

All characters have ground and air dashes, both forward and backward, which are executed with

, respectively). Grounded Back Dashes have 8 frames of invincibility during their startup before the character leaps into the air. Grounded Forward Dashes can be extended by holding

, up until a certain amount of time has passed.

Note that certain characters have unique forward dashes that only cause them to travel a fixed distance and cannot be extended. These characters are Byakuren, Flandre, and Remilia. Yukari has a unique variant of a Grounded Back Dash that, when done in the corner of the stage, will cause her to teleport to the other side of the stage. Koishi's Forward and Backward Dashes both automatically end with a melee attack, with the former also causing her to become invincible after a while.

The juggle system in Gensokyo Reloaded is fairly simple: all moves have the potential to juggle, but a juggled opponent cannot be hit by the same attack more than once per juggle before touching the ground; the only exceptions are Spell Cards and Last Words, which ignore juggle flags.

When a character is airborne and hit by an attack that doesn't cause a knockdown, they will automatically enter a fully invulnerable reset state once that attack's hitstun has ended, but will be unable to perform any action until they have landed; to prevent opponents from taking advantage of this temporarily helpless state, a character who has landed from a reset state will be granted three additional frames of melee & projectile attack invulnerability and nine additional frames of grab invulnerability upon landing.

If a character has been hit by an attack that causes a techable Knockdown, pressing any

All melee attacks are able to score a counterhit if they strike the opponent during the startup frames of an attack. A successful counterhit will be denoted with the words "Counter Hit" on the respective player's side of the screen. Counterhits provide the following bonuses:

All characters have access to a basic throw, executed using Ⓨ

in conjunction with any of the six buttons just as or after a throw makes contact, they will break out of it, leaving both characters at a neutral frame advantage with some distance between them. Note that these Throw Escapes cannot be performed if the Throw was done as a counterhit. Some characters may also possess an Air Grab, which follows the same rules as the grounded basic throw, except that it can only hit airborne opponents and cannot be Throw Escaped; currently, only Cirno, Flandre, Mima, Reimu and Yuuka possess Air Grabs.

In addition, some characters may possess a Command Grab Special or Spell Card which cannot be escaped out of.

All characters are able to perform a Guard Cancel by executing

during blockstun, as long as they have at least 1000 Power; the character will immediately execute a predetermined startup-invincible attack, which is useful for escaping from opponents trying to be overly aggressive with blockstrings. Because Guard Cancels count as Special attacks, they can be cancelled into Spell Cards, providing that the character has enough Power to do so.

Spell Cards in Touhou: Gensokyo Reloaded are functionally identical to Hypers/Supers from traditional fighting games, being powerful moves that require a certain amount of Power to activate. Each character has three levels of Power meter (3000 Power total), with each Level 1 Spell Card consuming a single level of Power meter. Although rare, certain characters possess Level 2 Spell Cards, which require two levels of meter (2000 Power) to activate, though this distribution is currently limited to only Utsuho and Yukari, with the former's being the second level of charge in a three-level charge Spell Card and thus impossible to activate raw. Spell Cards differ from other attacks in that they all cause untechable knockdown and have no juggle restrictions, allowing them to be used as many times in a combo as so desired providing there is enough Power available to keep activating them.

Last Words are unique in that each character has two, but they are forced to choose which one they want to use for a given match at the beginning of the first round, a decision which cannot then be changed after that selection has been made. Last Words that deal damage have the additional advantage in that their damage is unaffected by proration, though they still apply their own proration values after the attack has ended, which makes them more proficient as combo enders compared to lower level Spell Cards. Most Last Words cost 3000 Power to use, although certain Last Words cost variable Power, in which case the Last Word will consume all currently available Power and have its effect strengthened depending on how much Power was consumed; examples of Last Words that cost variable Power include Remilia's "Millenium Vampire" and Youmu's "Secret of Life and Death". As with lower level Spell Cards, Last Words cause untechable Knockdown and have no juggle restrictions.

Certain characters have additional Last Words beyond the two selectable ones. For instance, Marisa's "Dragon Meteor" Last Word is an air-only Last Word that is simultaneously unlocked whenever "Final Spark" is chosen. Others, such as Lie Meiling and Utsuho, have a tertiary Last Word that is always available to them regardless of which Last Word is selected at the beginning of a match.

Certain characters possess mechanics that are unique only to them; these mechanics may be passive, or require a universal button input of

. Characters with unique mechanics include:

While not a mechanic unique to only one character, Cirno and Kanako are the only characters capable of gliding in the air by holding

after reaching the peak of their jump. Gliding greatly reduces a character's vertical velocity while falling towards the ground, allowing them to cover long distances while airborne and avoid certain attacks, but leaves them vulnerable to anti-air attacks. Pressing and holding

during a glide will alter the horizontal trajectory of the glide, while releasing

will cancel the glide and return the character to their regular falling velocity.

Character select screen
Add a photo to this gallery 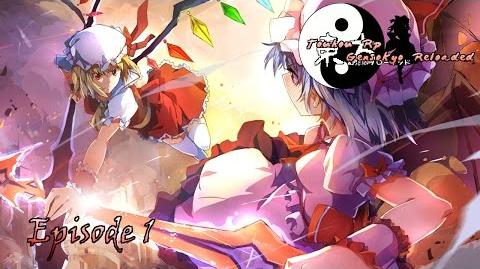 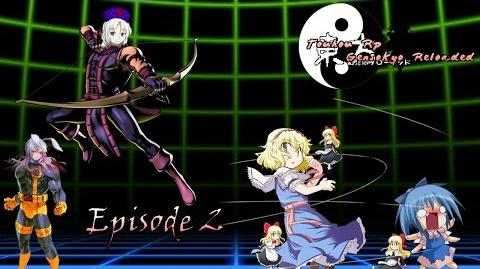 Retrieved from "https://mugen.fandom.com/wiki/Touhou:_Gensokyo_Reloaded?oldid=382683"
Community content is available under CC-BY-SA unless otherwise noted.