Born on a planet to a king with both being of the same name, Vegeta was the prince of all Saiyans and was next in line to rule until one fateful day when the tyrant Frieza murdered his father and took over the race before eventually, due to his fears about the Super Saiyan legend, wiping them from existence, with the handful that survived being taken on as servants; this included Vegeta himself, who was working under the delusion that his homeworld had been destroyed by a meteor. Starting out as an antagonist, Vegeta is eventually defeated by Goku and following the Frieza Saga, he went from being a ruthless uncaring monster to an anti-hero of sorts.

In M.U.G.E.N, Vegeta has been made by various creators.

Team Z2's take on the 'Renegade for Life' is a combo-centric character that can also overwhelm opponents with spammable ki-based attacks. Vegeta may not be able to use certain moves if its rage is allowed to reach breaking point, but the ability to use 1000 Power Hypers for free and a two-thirds reduction in Galactic Gunfire's Power cost can be quite tempting.

Considered to be in a beta state, this Vegeta uses 3 buttons and sprites from Dragon Ball Z 2: Super Battle. It is missing many things said to be in the final version, such as more Hypers and a counter. This won't see the light of day due to the author's retirement, but the character is still playable.

When Hummer Team gets their hands on Dragon Ball Z, everything goes crazy. This version of Vegeta is an accurate representation of this, despite not being 100% accurate to Dragon Ball Z: Super Butouden 2 on the NES.

This Vegeta is a JUS-styled character, boasting very fast and flashy combos fit for royalty. His damage is below average but makes up for it with his ruthless attacks. Vegeta can use every transformation from Super Saiyan to Beyond SSB along with a wide range of Special and Hyper moves to show everyone why he's the Prince of the Saiyans. 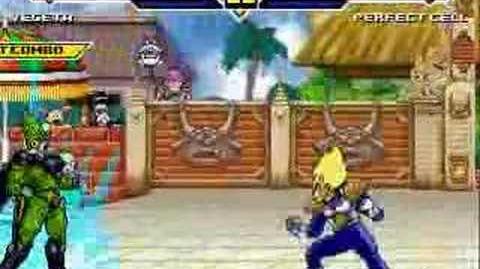 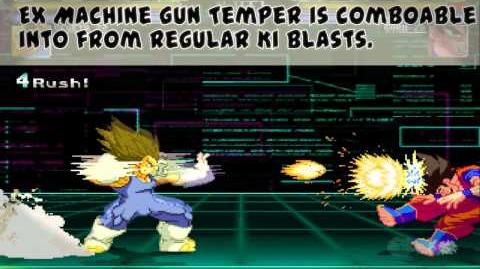 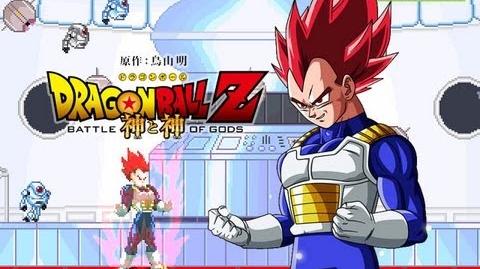 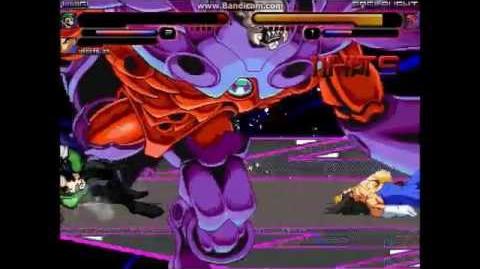 M.U.G.E.N Birthday Special!
Add a photo to this gallery
Retrieved from "https://mugen.fandom.com/wiki/Vegeta?oldid=379889"
Community content is available under CC-BY-SA unless otherwise noted.